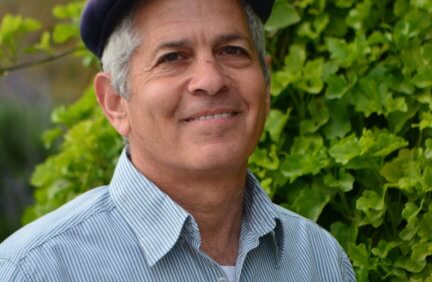 For 15 years (2004-2019), Guy Managed the “Morasha” educational program, this operated in a hundred schools of all identities, promoted Beit Midrash pedagogy and discussions on identity in communities and trained teaching staff.
Guy is one of the founders of the “Beit Yisrael” community in the Jerusalem community of Gilo.
Guy is one of the founders and directors of the pre-military preparatory school “Beit Yisrael” and volunteered there.
Graduate of Mandel Institute Educational Leadership School (2002-2004).
Holds an M.A. (Hebrew University and H.U.C) in Jewish – Pluralistic Education.

Shira is the director and founder of the Gesher Leadership Institute, which trains Israeli leaders to create connection and unity between different groups of the Jewish people in the State of Israel and in the Diaspora. Shira is responsible for all programs and staff at the institute, including leading delegations to Jewish communities in the Diaspora.

She is a Group facilitator and holds a master’s degree with honors in managing non-profit organizations from the Hebrew University of Jerusalem. She also holds an International NLP Practitioner Certificate.  She coordinates the “Tevel Forum”, a forum for managers of leadership programs with delegations to the Diaspora.

Shira believes in the need to connect different people, from the perception that we are one people, one society and must be able to live together. She was born and raised in Jerusalem, and she has been a member of the “Rashut Ha’Rabim” forum since it was established. She is a social activist in the city, married and a mother of three sons and a daughter. 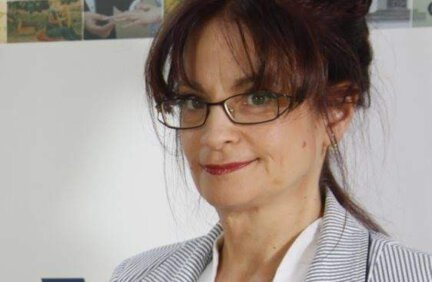 Rabbi Mass is one of the foremost leaders of the World Movement for Humanistic Secular Judaism. She is also the initiator and chairman of the Israeli network of activities “Secular Judaism” (https://www.israeli-judaism.org.il/), a forum for the activities of secular Judaism in Israel.  Rabbi Mass has served as dean of the International Institute for Secular Humanist Judaism “Tmura Israel”, the institute for training humanist secular leadership and rabbinate, since its establishment. 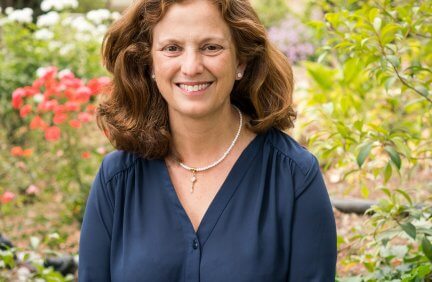 Michal Muszkat-Barkan is an Associate Professor of Jewish Education in the Parallel Track at the Hebrew Union College-Jewish Institute of Religion. She is the Director of the Department of Education and Professional Development at the HUC-JIR Jerusalem campus. She heads the Rikma MA program in Pluralistic Jewish Education in partnership with the Melton Center for Jewish Education at Hebrew University. Michal is the founder and head of the “Teachers’ Lounge” in memory of Shira Banki , a professional development program for Arab and Jewish educators in Jerusalem. Her fields of research include professional development for teachers and rabbis. She is a teacher in ideologies and pluralism in Jewish education.

Regev is one of the founders of Rashut Ha’Rabim. He is a researcher of Jewish identity, a lecturer and facilitator, an activist and social entrepreneur in the field of Jewish-State relations. He holds a master’s degree in political science from Bar-Ilan University and a BA in psychology from the Hebrew University. Regev led a Shabbat project in mixed Jewish communities within the framework of the “Marcom”, led Limmud Jerusalem, initiated and led the “YHW” Conference for the Advancement of Pluralism in Jewish-State Relations, and for several years taught in various frameworks including  ‘Beit Prat Jerusalem’, ‘Elul’, ‘Mabua’, and the “Beit Midrash HaTahal”. Regev frequently conducts marriage ceremonies which bypass the official rabbinate. He is further a member of the international ROI community for entrepreneurs. Regev is married and the father of two.

One of the founders of Rashut HaRabim Heli is a member of the Executive Committees of several social action organizations, and member of the Committee on Society and Culture of the Jerusalem Municipality. Hali began her career at Hillel in 1999 and went on to direct Hillel Jerusalem for 13 years. She holds a BA in Jewish History from the Hebrew University. She is the founder of the Beit Midrash for Israeli Singers, an interpretive commentator on the educational television series Ibn Gabirol and Yehuda Halevi, an advisor to the Mifal Hapayis Arts and Culture Council and a member of the steering committee of the site “Invitation to Piyut”. She is currently setting up the “Jewish Holiday Project – Setting Dates for Generations”.  Heli is married and the mother of six. She lives and works in Jerusalem.

Rani is a doctoral student in Jewish thought at Ben-Gurion University of the Negev in Be’er Sheva. Her research is in the representation of women in the male discourse in the Babylonian Talmud. She holds a BA in History of the Jewish People and the Middle East and an MA in Jewish Education from the Hebrew University of Jerusalem. Rani is a lecturer and facilitator in educational and cultural projects on Israeli Jewish topics. She worked for 17 years in the educational system, of which she was a member of the management of the Experimental High School in Jerusalem. She served as the Director of the Beit El Midrash, where she co-founded the Beit Midrash network with the directors of other organizations, and initiated the establishment of a network of civil society organizations in Jerusalem. In cooperation with the Jerusalem City Council member, Rachel Ezaria, Rani founded the Association for the Preservation and Restoration of the Old Synagogue and headed the Education and Culture Division of the National Library for a year and a half. She is married and the mother of three. 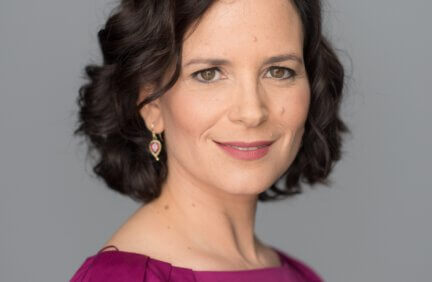 Former Member of the Knesset, Chairman of the Knesset Reform Committee, Deputy Mayor of Jerusalem and Member of the City Council. Azaria has led and participated in over fifty campaigns and movements for social change. Her book, The Guide to Revolution, which teaches how to make social change, was published in 2020 by Kinneret Zmora Dvir.  It is the first book in its field in Hebrew.

Azaria teaches social change in a variety of institutions and organizations, and imparts the knowledge to the general public and social activists. Azaria has led social change in a variety of areas including religion and state, environment, democracy, young families, feminist struggles, and in the field of Jewish renewal. Azaria is a publicist at Haaretz and serves as chair of Life and Environment, the umbrella organization of environmental organizations in Israel, which includes 130 organizations.  She is also a member of the Board of Trustees of the Hebrew University.

Today, Azaria is leading a social change on the issue of democratic renewal, and an attitude towards animals. Azaria is a graduate of the School of Educational Leadership in Mandel, with a bachelor’s degree with honors in psychology, and a master’s degree in conflict resolution, both from the Hebrew University. Azaria is married, a mother of 4, and lives in Jerusalem. 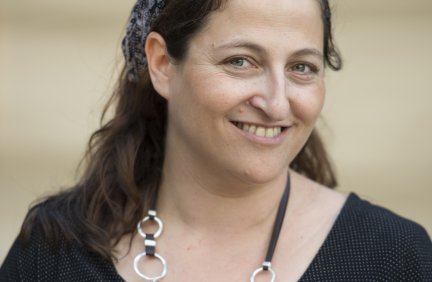 Shlomit is a native Jerusalemite. She has an extensive background in promoting Jewish pluralism and culture in Israel. Shlomit founded and managed the Itim Center – Resources and Advocacy for Jewish life – where she dealt with issues of religion and state. She has appeared before the religious courts on issues of conversion, marriage, divorce and more. In addition, Shlomit founded and managed Sha’arim – a pluralistic Beit Midrash of Yeshivat  Ma’aleh Gilboa, she worked with the Israeli Ministry of Education to train educators that focus on pluralistic Judaism and Israeli identity and culture, and she sat on the board of the religious feminist organization ‘Kolech.’  Shlomit served as a commander in the IDF and studied law at the Hebrew University of Jerusalem where she received both an L.L.M. and an L.L.B. Shlomit lives on a kibbutz near Jerusalem with her husband and five children. 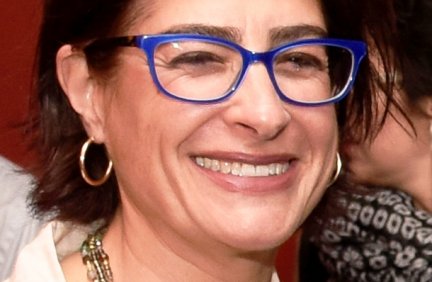