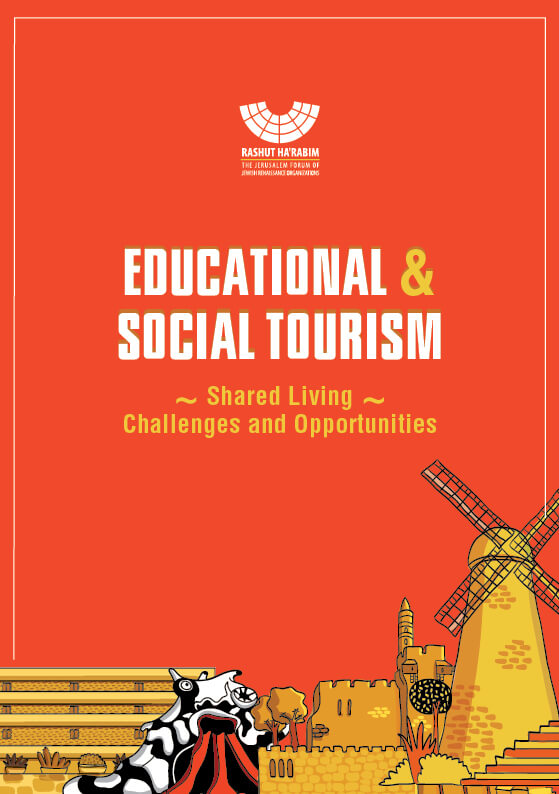 How do we create a global Jewish community in today’s virtual world?

In a time of disconnect, we at Rashut Ha’Rabim choose to connect. To connect with Jews from diverse denominations, backgrounds, and traditions. To connect between time zones and across values, to build bridges and confront challenges that world Jewry at large — and Jews in Jerusalem in particular — are facing today. The Rashut Ha’Rabim Global Educational Tourism Department offers a wide range of in-person and virtual educational tours, including experiential Jewish educational workshops, workshops about religious pluralism in Jerusalem, lectures, collaborations with social Jewish initiatives for the renewal of Jewish life taking place in Jerusalem, networking opportunities, and more.

We also offer a number of seminars, including:

In 2012 Hashgacha Pratit began to provide independent Orthodox kosher supervision in order to break the monopoly of the Rabanut. Six years later after a favorable supreme court ruling they declared victory and handed the kashrut infrastructure they had built off to Tzohar. Hashgacha Pratit then founded Chuppot in order to replicate the success in the area of weddings. Rav Aaron will present the theory of change behind their success, and make a case that Orthodox Israelis have a crucial role to play in breaking the monopoly of the Chief Rabbinate over Judaism in Israel. He will then engage in an open discussion on strategic considerations for creating reform on religion and state issues in Israel, with specific focus on the post election political map.

Rabbi Aaron Leibowitz is the founder and CEO of ‘Hashgacha Pratit‘, an organization which broke the monopoly of the Chief Rabbinate of Israel over Kosher Supervision. Their new project, ‘Chuppot’, challenges the monopoly by providing Orthodox weddings independent of the Rabanut. He currently serves as the Rabbi of the Vaani Teffilah community in Nachlaot, Jerusalem. Rav Aaron served as a Jerusalem City Council member in the previous term, representing the pluralistic Yerushalmim party, and holding the education portfolio

Hashmi’ini Et Kolech: Meet our inspiring religious feminists. Their activism today is shaping the status of women in matters of religion and state tomorrow.

Kiryat Yovel neighborhood as a microcosm for the Israeli society

Join us for a day of workshops and experiential learning, including both online and in-person programming, exploring issues of conflict unique to Jerusalem. Programs include:

My Jerusalem: A Mapping Experience

Kol HaOt – Illuminating Jewish Life through Art offers this one-of-a-kind opportunity for participants to create visual, metaphorical, and emotional representations of what Jerusalem means to them through artistic maps that reflect not only geographic or physical landmarks, but also the memories, connotations and experiences they conjure for the artist. How can designing a map reflect one’s vision, dreams, or values? Each participant will be taken on a virtual-memory journey through Jerusalem and then create an artistic, symbolic map that expresses their own personal relationship to the city. No former Jewish, Jerusalem, or artistic experience required.

10 Measures of Beauty Were Given to the World; 9 to Jerusalem

Explore the beauty emanating from Jerusalem today, as created by contemporary Jewish artists in the Hutzot HaYotzer artist colony in Jerusalem. During this program, participants will have the opportunity to take a virtual tour of the studios of three-to-four contemporary artists including photographers, silversmiths, weavers, painters, potters, and more. During these visits the artists will share their unique artistic processes and discuss how living in Jerusalem shapes and affects their work, often using the neighborhood of Kiryat Yovel as a case study.